Start the morning off with a quick downhill into New Hope and walk across the Delaware River to Lambertville NJ.  The quaint little town was first called Coryell's Ferry, where the New Jersey portion of Old York Road ended. Old York Road connected New York City and Philadelphia in colonially times and was touted as finest, most pleasant and best inhabited part of New Jersey. 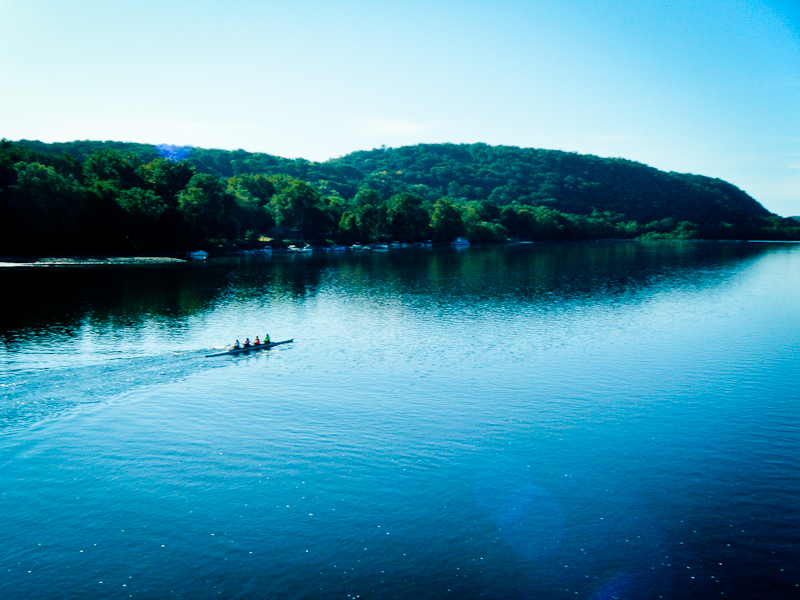 Back on the bike and leaving Lambertville the ride continues through the Amwell Valley in Hunterdon County. This small valley along the northern side of the Sourlands  offers mostly rolling terrain with many picturesque farms and creeks.  On Cider Mill Rd. will come to an s-turn in the road that offers a great view of the Sourland Mountain.  Formed 200 million years ago by an active prehistoric rift valley, which ultimately spread North America and Africa apart. The parallel ridges of the mountain were formed by magma seeping up through linear faults created during the rifting process.

Rolling onward through the South Rartain River basin. Passing “The Confluence” and along the Raritain river to the first food stop at the Italian Bakery in Raritan.  Where you will encounter a bounty of tasty pastries, desserts and coffee in a authentic familial atmosphere. 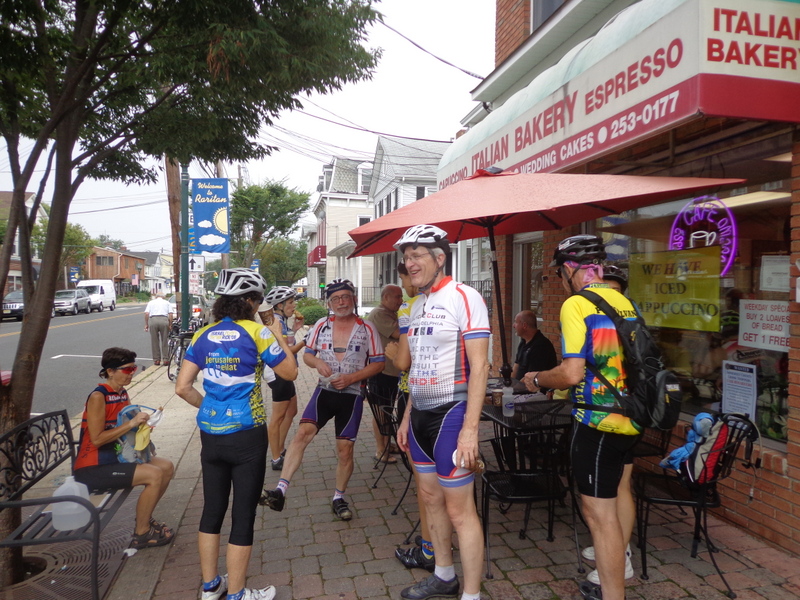 Hopefully stomach is not too full of cannoli’s as the route begins the climb to Basking Ridge. In the past many an Odell rider looped past the 600-year-old White Oak Tree. (it somehow remained 634 years old every year). Sadly the tree was cut down last year. But a new oak has been found thanks to the folks at “Weird NJ”.  The Devil's Tree is a more forlorn oak with some dead limbs growing in an undeveloped field on Mountain Road, opposite Emerald Valley Lane. Locals say that at one time a farmer killed his entire family, then went to the tree to hang himself.  Supposedly anyone who tries to cut down the tree comes to an untimely end.  The tree has an unnatural warmth,  even in the dead of winter no snow will fall around it.  Even SAG drives warn to be careful, An Odell rider or two is known to have gotten a flat tire when passing by to slowly.

The ride continues through Lord Stirling Park and the Great Swamp, which are separated by the head of the Passaic river.  Both parks are remnants from the bottom of the once-mighty Glacial Lake Passaic. About 15,000 years ago the lake stretched 30 miles and the tops of the Watchung Mtn. range became islands in the great lake.

Wonder how high the Watchung mountains are? Find out as the route heads into the Watchung Reservation to climb the First Watchung Mountain. The group of three long low ridges of volcanic origin, formed at the same way as Sourland Mtn and are known for there rare plants, endangered wildlife and rich minerals.

Speeding out of the Wachtung Reservation the towns get bigger and more dense, but Peter Odell’s route utilizes low traffic streets and cuts through Echo Lake and Nomahegan Park into Kenilworth for second rest stop at Ralph’s Italian Ices & Ice cream. 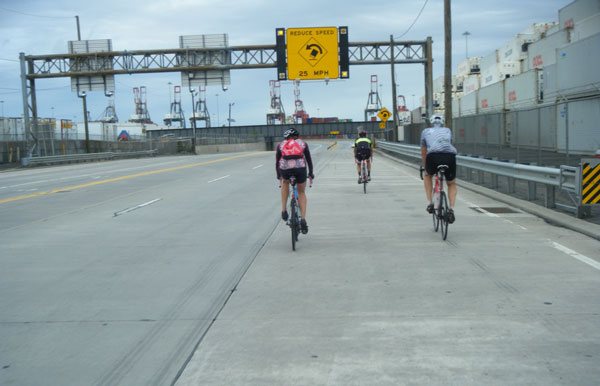 Final leg into the Urban metropolis to the applicably named Chemical Coast along Staten Island Sound. Thanks to the ports being closed this deserted road is only lined with shipping containers. Then onto the Lincoln Highway over Passaic and Hackensack Rivers into Jersey City. Traffic is heavy, but the views of Manhattan are a beautiful sight, as you make way toward waterfront and 14th Street Terminal in Hoboken .

After a short ferry ride (remember to pause your garmin), the route takes the Manhattan Waterfront Greenway to the Brooklyn Bridge. Of all the places along the ride this can feel the most harrowing!  Welcome to NY, don’t stress, take your time and safely ride through the mass of tourist. Soon enough, you will be at the Nu Hotel enjoying stories at a diner with some new and old ride buddies before a relaxing trip back home.